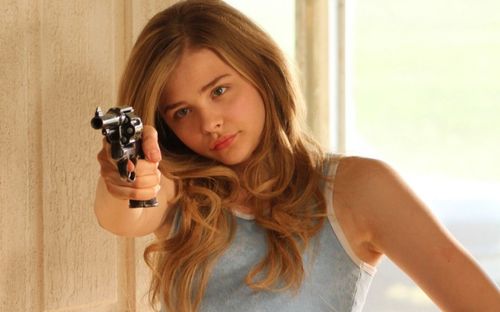 The main character of “Hick” goes by the name Luli McMullen. There’s the film in a nutshell. An attempt to cinematically realize the Great American Story about innocence lost, “Hick” is a messy, monotonous picture, showing immense trouble maintaining focus as it labors to turn a host of disagreeable characters into meaningful figures of tragedy. It’s bad Midwestern poetry, carried by actors unqualified to handle such ferocious swings of behavior, while director Derick Martini basically gives up on storytelling about 20 minutes into the feature, hoping a grubby atmosphere of creepy men and vulnerable women is enough to patch the abyssal holes in the plot.

A 13-year-old gifted a gun for her birthday, Luli McMullen (Chloe Grace Moretz) has been abandoned by her family in Nebraska, left to dwell on her empty life, expressing her feelings through drawings. Looking for a change, Luli plans to relocate to Las Vegas, only to encounter Eddie (Eddie Redmayne) as she hitchhikes on the highway, initiating a troubling relationship between the teen and her unstable cowboy driver. Luli soon finds comfort with Glenda (Blake Lively), a coke-snorting grifter who teaches the young girl a few tricks of the trade, bonding with the runaway before the two find themselves back in Eddie’s presence. With tensions mounting between Eddie and Luli, the teen finds herself in a precarious position, longing for the simple life of neglect she once had, idealized through her art. 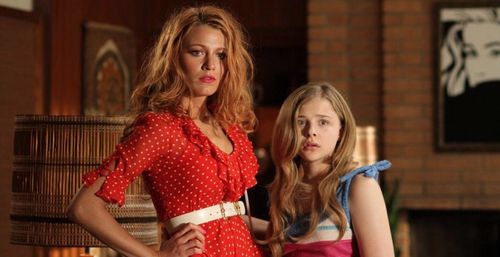 A few years back, Martini made his directorial debut with “Lymelife,” a wandering indie production that brought him great acclaim. “Hick” will likely strip all those good vibes off the helmer, who cannot locate a viable entry point into this bizarre coming of age tale, spending critical screen time in a filmmaking paralysis, unable to step up and smooth out the obvious kinks in the story. While I wasn’t much of a “Lymelife” admirer, it’s shocking to watch “Hick” stumble so severely, with Martini submitting a movie powered by randomness and ugliness, without any dramatic sustenance worth waiting for.

Adapting her own 2007 novel for the screen, writer Andrea Portes mismanages the narrative flow of the film, failing to build a compelling journey for Luli, instead hitting episodic points of character interaction. While initially detailing cruel incidents of maturation, “Hick” comes to abandon Luli’s arc to focus on colorful supporting personalities who drop in to provide valuable lessons on self-preservation, with Glenda educating the teen on the art of the con (the two rob a convenience store, though the theft ends with an unexpectedly easy out), while Eddie exposes a nervous obsession that keeps Luli unsettled, unsure about what the cowboy has in store for her.

Missing here is a sense of development, finding much of Luli’s adventures packed together haphazardly, with the drawings providing transitions missing from the script’s human element. The characterizations are also quite dull, lacking dimensions typically associated with literary translations. It’s a deficiency that comes to sour the performances, as Lively and Redmayne can’t unearth the proper shadings to turn fringe players from Luli’s tour into vibrant, threatening individuals worth the screen time. Redmayne is a particular irritant, woefully miscast as a possibly lethal hayseed who registers the exact same menace opening a car door as he does threatening a woman. 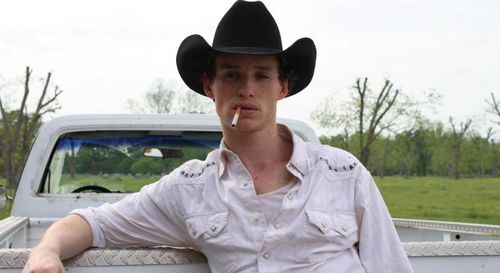 “Hick” loses its cool entirely in the third act, concluding the film with a kidnapping scenario that seems pulled from another movie entirely. Alec Baldwin pops in for a cameo during this time as well, and his thespian influence is most welcome, able to bring a tiny portion of dramatic legitimacy to a truly baffling plot turn that finds Eddie moving from a slightly unnerved drifter to Hannibal Lecter’s kid brother, just getting use to life without his creepy guy training wheels.

“Hick” is genuinely bad, a miscalculated drama that never builds to a riveting exploration of a wounded soul. Whatever moviemaking promise Martini displayed in “Lymelife” has been fully flushed out of his system here, fashioning a disorienting, monumentally tedious look at a most unenlightened life.