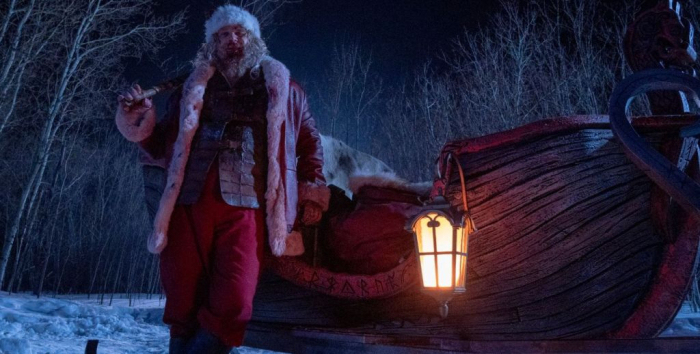 Director Tommy Wirkola has done the whole irreverence thing before. Many times in fact, with his career largely boosted by the unexpected success of his 2013 fairy tale actioner, “Hansel and Gretel: Witch Hunters.” “Violent Night” is looking to conjure a similar energy of violence, comedy, and fantasy, this time putting Santa Claus in a “Die Hard” scenario, with the jolly fat man taking on a team of killers trying to work their way into a high-tech safe. Screenwriters Pat Casey and Josh Miller have the gimmick, sending Santa into a bloodbath, and they have an endless appetite for shock value, creating entire sequences dedicated to the obliteration of villains. And that’s all “Violent Night” really has to share, burning through its single joke in a matter of minutes, with the rest of the picture devoted to underwhelming performances, crude visual effects, and a lack of creative humor, which is something to be expected from the duo that previously scripted “Dorm Daze” and “Dorm Daze 2.” Read the rest at Blu-ray.com