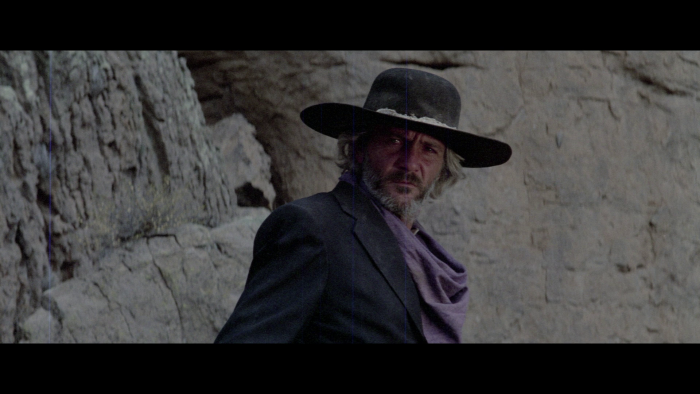 1976's "Hot Snake" certainly has a way of making an immediate impression. The opening scene has the villain of the picture stopping the transport of a coffin containing a military official. The bad guy shoots the escorts and rips off the widow's top, soon shooting her and raping the corpse. Director Fernando Duran Rojas gets cold-blooded in a hurry with the endeavor, which maintains a certain level of merciless while detailing a bizarre story of revenge and desert survival. Of course, as with most low-budget offerings, padding is king, but "Hot Snake" contains a decent amount of atmosphere and weirdness to sustain the viewing experience, giving spaghetti western fans an adequate dose of the hard stuff as leathery men set out to kill one another. Read the rest at Blu-ray.com