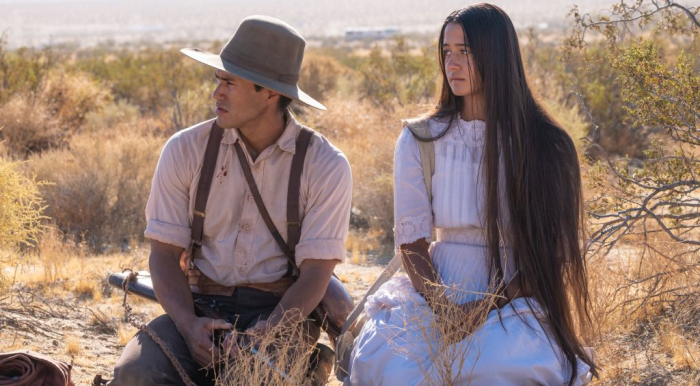 “The Last Manhunt” reconsiders the story of Willie Boy, a young man in 1909 who was put in a difficult position, trying to begin life with his love, Carlota, with the couple soon on the run after the accidental murder of the girl’s father. It resulted in one of the longest manhunts in American history, and was turned into a 1969 picture, “Tell Them Willie Boy Is Here,” starring Robert Redford, Katherine Ross, and Robert Blake. Screenwriter Thomas Pa’a Sibbett (“Braven”) hopes to deliver a more historically accurate and less Hollywood-y take on Willie Boy’s run with “The Last Manhunt,” paying careful attention to Native American interests and concerns for this overview of endurance, while adding some potent commentary on the insidious nature of faux journalism. Director Christian Camargo has something quite interesting to work with, as the film dissects a strange western myth, but he’s in no hurry to bring tension to the endeavor, instead choosing to replicate the Terrence Malick experience, which repeatedly brings the feature to a full stop. Read the rest at Blu-ray.com