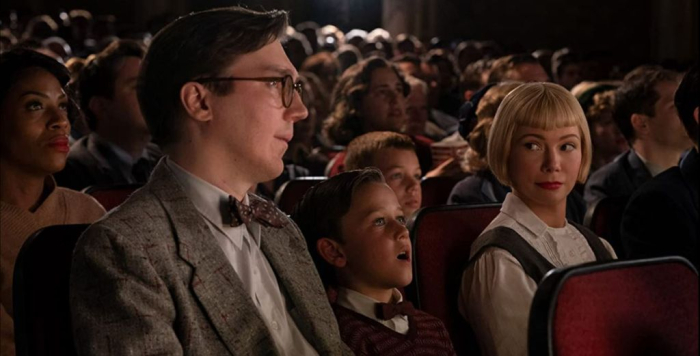 Steven Spielberg made his musical dreams come true in 2021’s “West Side Story,” taking command of a sweeping Broadway epic that showcased a revitalized filmmaker who’s still the tops when it comes to delivering a cinematic ballet. Spielberg looks to retreat from big screen electricity with “The Fabelmans,” which is meant to be his most personal work, turning (co-scripting with Tony Kushner) his formative years into a drama about family, dreams, and the disappointments that define our lives as we get older. The material is close to Spielberg, possibly a recreation of his most painful moments, but such intimacy isn’t easily managed by the helmer. “The Fabelmans” is an uneasy blend of sugared and sour memories, forcing the production to locate a special tonal balance that helps viewers to understand the lead character’s turbulent emotional ride. Spielberg has a lot of feelings to sort through, but his editorial instinct is dulled, making for a labored, episodic endeavor that doesn’t possess his usual moviemaking flow. Read the rest at Blu-ray.com