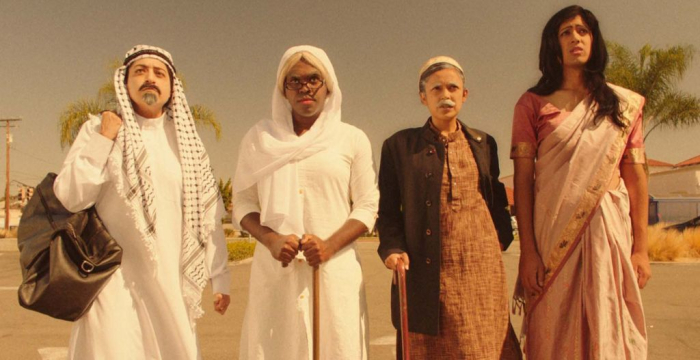 Writer/director Ravi Kapoor hopes to bring some fun to the screen with “Four Samosas,” offering a celebration of comedy, music, and South Asian culture with the little picture, which tries very hard to please. It’s a heist movie in a way, but mostly interested in silliness with broad characters, and the endeavor is clearly influenced by the works of Wes Anderson and Jared Hess, offering a dry, stylized approach to goofballery. “Four Samosas” doesn’t have enough creative gas to get to the finish line, but Kapoor is dedicated to delivering a charming story of friends going to extremes to solve their problems, including wounded hearts. And there’s a fresh, engaging cast here that’s ready to play with the material, offering bright performances and decent timing in this somewhat strange but likable study of mistakes and community peculiarities. Read the rest at Blu-ray.com