Film Review - Fisherman's Friends: One and All 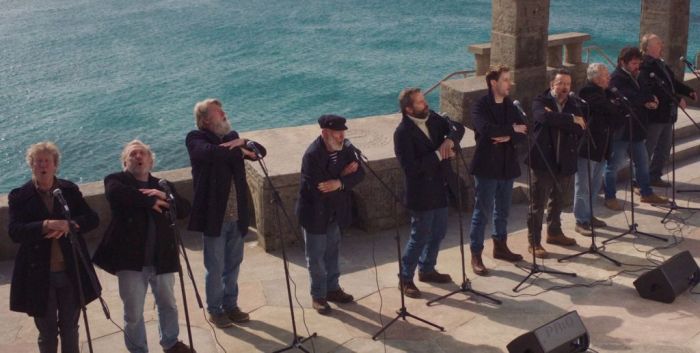 2019’s “Fisherman’s Friends” (released in the U.S. in 2020) was a thick slice of feel-good cinema, looking to charm a wide audience with its version of an origin story for the folk group, who won over listeners with their lively versions of classic sea shanties. The picture was easy on the senses, and it wasn’t a runaway hit by any means, but some level of profit must’ve been reached, because now there’s “Fisherman’s Friends: One and All,” a sequel that continues the saga of the group as they deal with fame, behavior, and performance ambition. Meg Leonard and Nick Moorcraft were co-writers on the original feature (with Piers Ashworth), and they return for the continuation, taking co-directorial control of the production, which, perhaps unsurprisingly, simply wants to recreate the approachability of the 2019 endeavor. “One and All” doesn’t quite match the previous effort’s likability, with the material clearly struggling to figure out how to come up with a fresh story, often turning to sitcom-ish events to do so. Read the rest at Blu-ray.com