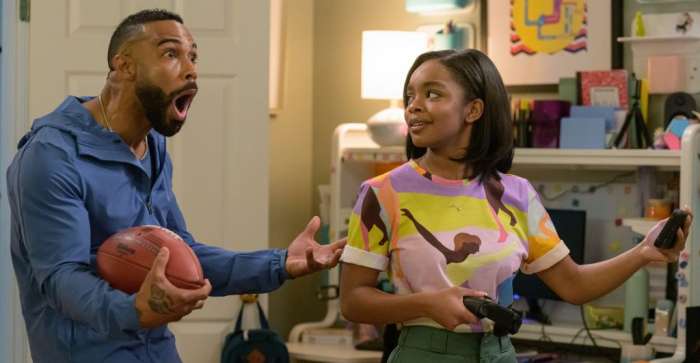 “Fantasy Football” offers one of the stranger concepts in recent memory, offering a tale about a teenager capable of controlling her father on the football field via a video game, giving him the NFL advantage of his life. There’s some type of magic happening in the feature, but the production isn’t focused on making logic issues work. It’s simply out to entertain with a healthy serving of oddity, and those who can mentally get around the premise and the many questions it inspires are offered a mild but reasonably charming family film. “Fantasy Football” doesn’t contain many surprises, but there’s a certain spirit to the endeavor that’s engaging, especially when it deals with gaming control and time management. Formula rules here, leaving the overall picture to predictability, but the weirdness of it all isn’t unappealing, just tiring as the effort moves into a labored third act. Read the rest at Blu-ray.com