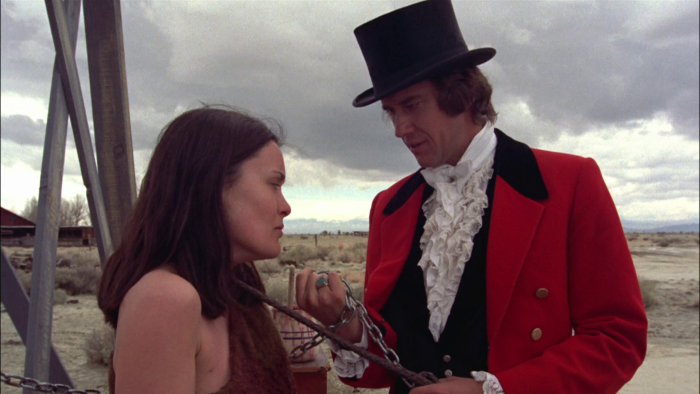 From the depths of drive-in cinema comes 1973's "Terror Circus" (also known as "Nightmare Circus"), which is credited to director Alan Rudolph. Every career has to start somewhere, and the "Trouble in Mind," "The Moderns," and "Mrs. Parker and the Vicious Circle" helmer gets some early time behind the camera with this offering of Z-grade schlock. A true artist touch isn't present in the picture, which is mostly focused on the prolonged suffering of women, using the cover of a monster and missing persons movie to deliver some screen sadism for curious viewers. Those expecting something more substantial are left with a thin viewing experience that features no suspense or horror. It's crude exploitation without excitement. Read the review at Blu-ray.com