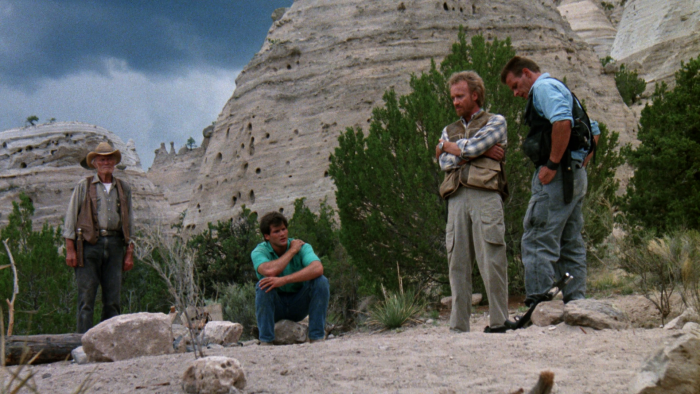 In the fading days of the television movie industry, Universal was still cranking out product for the small screen, with 1989's "High Desert Kill" presented as a genre exercise in line with an extended episode of "The Twilight Zone," offering a low-stakes mystery with touches of sci-fi. Director Harry Falk has the unenviable task of trying to make an extremely small budget work for a slightly ambitious idea, putting his faith in the cast to sell the pressure points of hunters in the wilds of New Mexico discovering that something not exactly human has joined them. If "Predator" went to therapy, that would be close to the tone of "High Desert Kill," which spends most of its screen time dealing with tough emotions and cartoony male bonding before slowly switching over to a more generic situation of survival. Read the review at Blu-ray.com