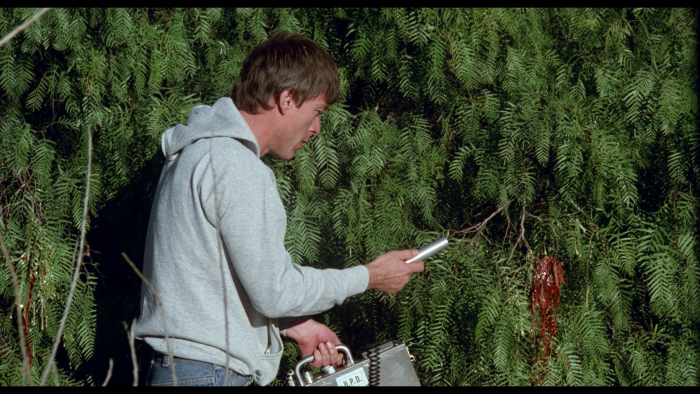 Writer/director William Sachs is quick to remind fans of 1977's "The Incredible Melting Man" that the final cut of the feature doesn't represent his original vision. Sachs was hoping to create a comedic take on Atomic Age horror/sci-fi offerings, looking to pants a serious subgenre from the 1950s with a goofy approach from the 1970s. The helmer's vision was denied by studio executives, who wanted a more serious take on the birth of a screen monster, ordering reshoots to help transform a deliberately exaggerated effort into a more sinister one. "The Incredible Melting Man" is a confusing movie to watch due to this tinkering, but it doesn't seem to work in its original form either, as Sachs doesn't have the greatest imagination for anything he's attempting here, and his sense of pacing is abysmal, slowing the picture to a crawl, which does nothing to help build suspense. A man melts, no doubt, but he often takes forever to do so. Read the review at Blu-ray.com