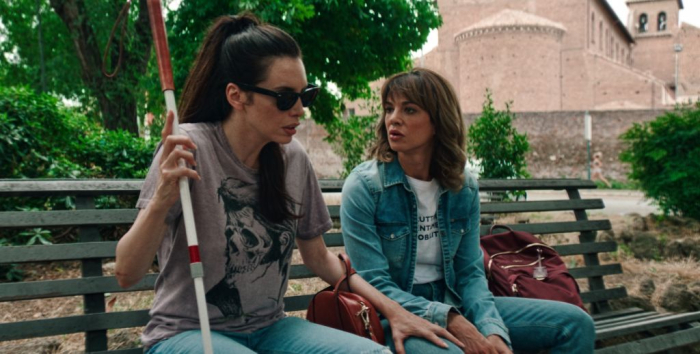 At 82 years old, Dario Argento is still making movies, despite latter career choices that’ve managed to tarnish the amazing work he accomplished in his prime, during the late 1970s and early 1980s. “Dark Glasses” is the director’s first picture since the embarrassing “Dracula 3D,” which found the maestro trying to make something gothic and surreal happen, only to fall flat on his face. Hoping to stimulate renewed interest in his output, Argento returns to the wooby of giallo for his latest endeavor, once again overseeing a black-gloved killer tormenting an overly excitable target, while some strange events periodically break up the hunt. “Dark Glasses” has the weirdness one expects from the helmer, but the execution lacks style and ferocity, finding Argento pushing through a lackluster plot with limited effort, resting on his laurels with this uneven tale of murder. Read the rest at Blu-ray.com