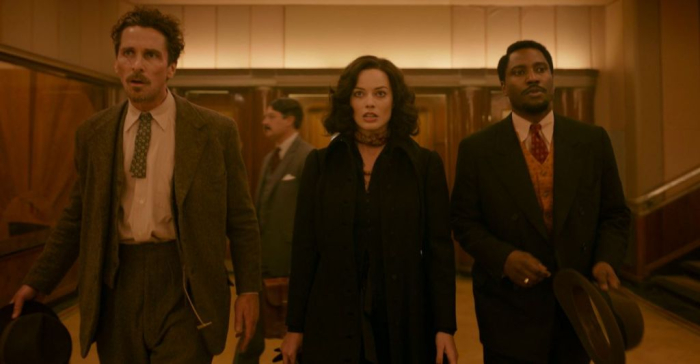 David O. Russell had quite a winning streak going in the early 2010s, with the director guiding “The Fighter,” “Silver Linings Playbook,” and “American Hustle” to big box office and Oscar gold, working fast and hard on spirited endeavors that appeared to reflect his own experience with a near-bipolar view of the world. Russell likes to feel the highs and lows of emotion and relationships, and he scored a hat trick of dynamic cinema. This all came to a screeching halt in 2015’s plodding “Joy,” finding Russell losing his rhythm with the lengthy dramedy, and perhaps some sense of fatigue was creeping into the work, with “Amsterdam” his first picture in seven years, returning to screens with a murder mystery featuring an all-star cast. The material plays to Russell’s strengths, delivering hyper situations and confused characters, but whatever the helmer lost while making “Joy” is not found in “Amsterdam,” which aims to be cheeky and offbeat, but it’s exhausting instead, never finding its way as a quasi-farce about people in deep trouble. Read the rest at Blu-ray.com