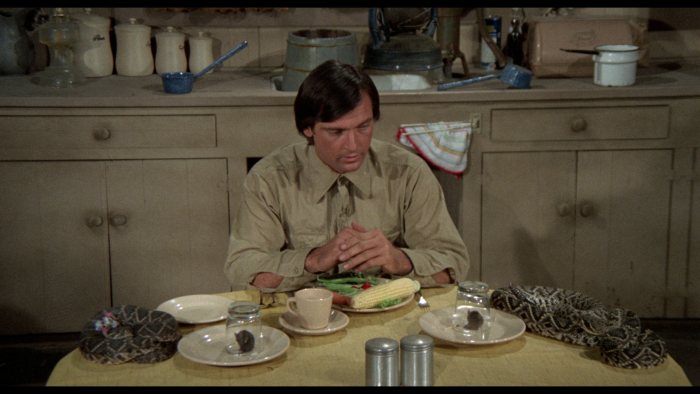 As revealed in the supplementary material on this Blu-ray, 1972's "Stanley" was solely created to cash-in on the success of 1971's "Willard." Before, it was a story about a man and his beloved rat. This time, it's the story of a man and his beloved rattlesnake. Director William Grefe and screenwriter Gary Crutcher aren't concerned about hiding their influence, marching forward with this effort, which tries to address a special sensitivity between a broken man and his top snake buddy while offering viewers the occasional horror of an animal attack endeavor. "Stanley" was written in three days and assembled quickly for release, and it retains the atmosphere of a movie that isn't particularly well thought out or properly edited, leaning heavily on the central shock value of snakes in motion to provide entertainment. Read the rest at Blu-ray.com