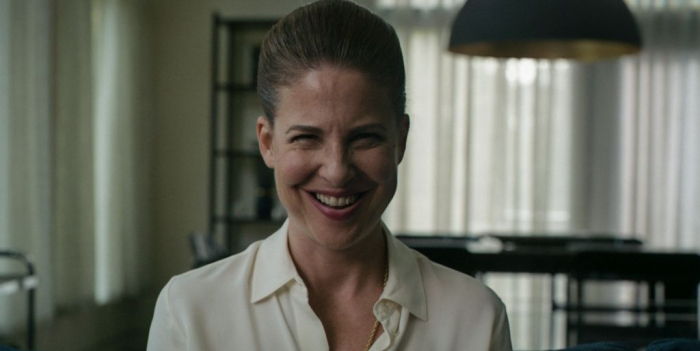 Curse movies have fallen out of favor, with audiences more interested in slow-burn psychological freak-outs and slasher standards these days. A few decades ago, pictures about curses were all the rage, with Japanese productions such as “Ring” and “The Grudge” inspiring Hollywood remakes and rip-offs, giving horror fans plenty of options at the multiplex. With “Smile,” writer/director Parker Finn (making his debut) hopes to return some fury to the subgenre, presenting a chiller that details a creeping evil and the woman who sets out to challenge it. Finn has some imagery to be proud of, but “Smile” isn’t a complete nightmare package. It’s too long and too reliant on a deafening soundtrack to really cut to the bone, playing with every shock cinema tactic in the book without ever building something genuinely disturbing along the way. If you need to see it, my advice would be to bring earplugs. Read the rest at Blu-ray.com