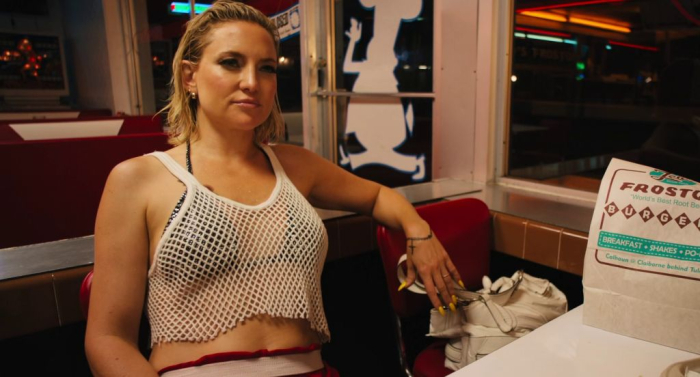 In 2014, writer/director Ana Lily Amirpour collected a small but loyal fanbase with her debut feature, “A Girl Walks Home Alone at Night.” She lost a lot of that support with her follow-up, 2017’s “The Bad Batch,” with some viewers catching on that while skilled at creating memorable imagery, Amirpour wasn’t much of a storyteller, boldly refusing dramatic interests in the pursuit of atmosphere. Five years later, the helmer returns with “Mona Lisa and the Blood Moon,” which involves even less of a plot than anything Amirpour has mounted before, keeping the picture in a weird state of paralysis as attempts at comedy crumble and a proposed mystery is never tended to. Amirpour has her colors, lame offerings of playfulness, and cartoonish performances, but there’s nothing going on in “Mona Lisa and the Blood Moon,” highlighting her severe shortcomings as a moviemaker. Read the rest at Blu-ray.com