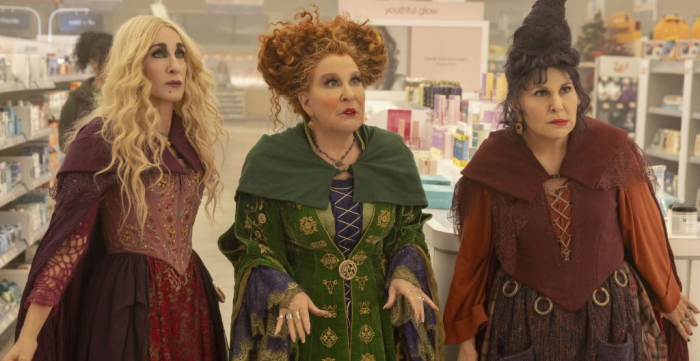 In 1993, “Hocus Pocus” was released with little fanfare, with Disney issuing a Halloween-themed film in the middle of July, finding few takers for the horror comedy. Not helping the cause was the feature’s quality, as the Kenny Ortega-directed endeavor had a difficult time with tone and quality of material, emerging as something of a mess, but one with a sharp sense of seasonal spirit. The gods of physical media and basic cable were kind to “Hocus Pocus,” giving it a home entertainment afterlife that developed a passionate fanbase for the effort, allowing viewers to repeatedly revisit the Sanderson Sisters and their reign of slapstick-infused terror. 29 years later (ouch), there’s “Hocus Pocus 2,” with helmer Anne Fletcher in charge of reviving the brand name for a multi-generational audience, refusing to take too many chances with this semi-remake of the original movie, simply out to deliver a follow-up that’s capable of pleasing those who’ve remained faithful to the first picture for decades. Read the rest at Blu-ray.com