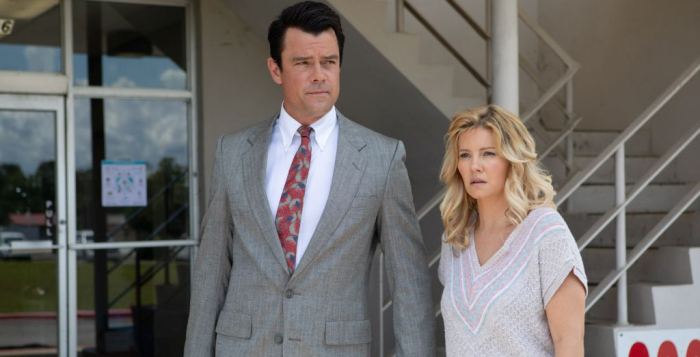 “Bandit” tells the story of Gilbert Galvan Jr., who, during the 1980s. became known as “The Flying Bandit,” traveling all over Canada to rob nearly 50 banks over a three-year period. It’s a tale that involves dented nobility and economic pressure, disguises and friendships, and a romance of sorts. It’s amazing this tale hasn’t found its way to the screen before, but the production turns to a 1996 book by Robert Knuckle for inspiration, trying to create a crime story worth paying attention to, filled with strange characters and conflicts of the heart. “Bandit” is a spirited picture, with director Allan Ungar (“Tapped Out,” “Gridlocked”) aiming to balance the sugar rush nature of criminal behavior with Gilbert’s emotional crisis, caught between the job he loves and the people he’s responsible for. Ungar keeps the feature on the move, and he has a dependable leading man in Josh Duhamel, who rises to the tonal challenge when playing this odd man and his particularly sticky situation. Read the rest at Blu-ray.com