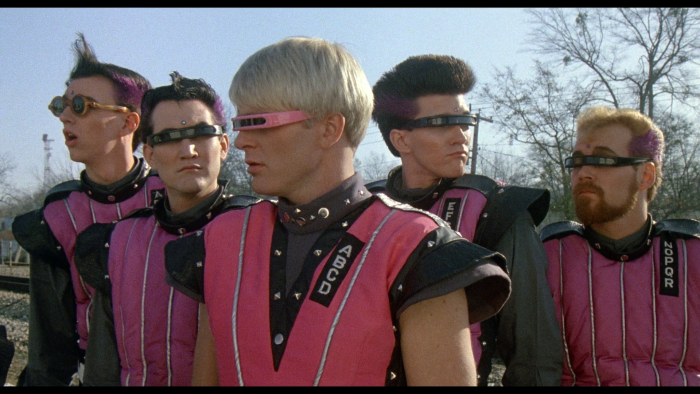 1984's "Voyage of the Rock Aliens" (titled "When the Rain Begins to Fall" on the Blu-ray print) was initially conceived as a parody of B-movies from the 1950s, when teenagers ruled the world, monsters occasionally interrupted the fun, and love (mostly lust) was in the air as high school happenings carried on. During development, the project became a musical, perhaps to cash-in on the MTV craze, which saw numerous films enjoy a bump at the box office due to their slick visuals and stacked soundtrack. "Voyage of the Rock Aliens" isn't a glossy effort, stuck between comedy antics and musical presentations, with director James Fargo ("The Enforcer," "Every Which Way But Loose") trying to find a balance to the chaos that often takes over the feature. It's a highly weird offering of screen spirit and music genres, and a picture that tends to go wherever it wants to, trusting in the might of a hit single to support the whole endeavor. Read the rest at Blu-ray.com