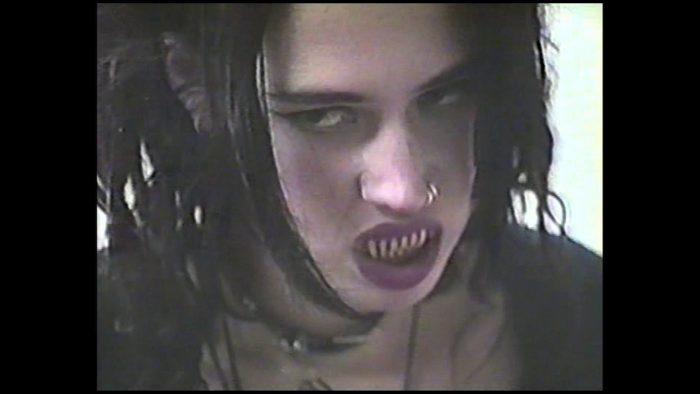 1995's "Red Lips" is a 76-minute-long movie, and the opening five minutes of the endeavor are devoted to a sex scene between two women that establishes a dual meaning for the title. Writer/director Donald Farmer is in no hurry to get the film moving along, introducing viewers to softcore material before gradually moving things over to horror, and another change, to melodrama, follows. "Red Lips" is a $5,000 effort that has a lot of things it wants to accomplish, but no significant resources or imagination to do so, with Farmer believing some bloodshed and plenty of sexuality is enough to keep viewers interested in what becomes an aggressively repetitive picture. Read the rest at Blu-ray.com