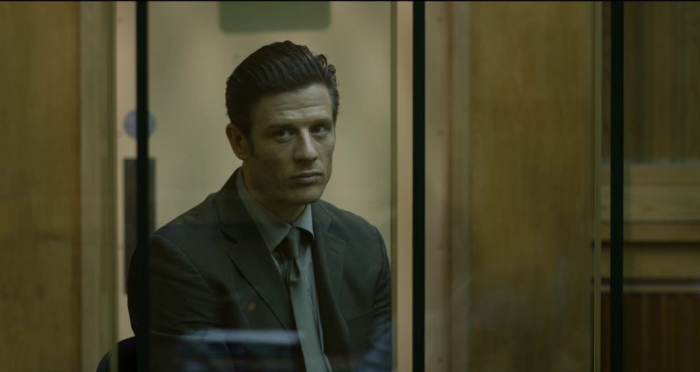 “Rogue Agent” is a very generic title for a highly specific story about a sociopath and his intense efforts to destroy the minds of his female victims. For some, the name Robert Freegard might trigger faint memories of headline news (there was even a Netflix series about his misdeeds), but I’m sure most viewers probably haven’t heard of the man, giving screenwriters Michael Bonner, Adam Patterson, and Declan Lawn (the latter two accept directorial duties) a chance to surprise their audience with a lengthy exploration of Freegard’s case. “Rogue Agent” has the structure of a twisted thriller, and one with a heavy psychological component that allows for some extended displays of sinister behavior. Patterson and Lawn don’t meet the potential of the story, preferring a more glacial take on developing evil, but they achieve a level of unease crucial to the tale, and they have Gemma Arterton, who delivers a fine performance as the lover who decides to try and break Freegard’s criminal activities. Read the rest at Blu-ray.com