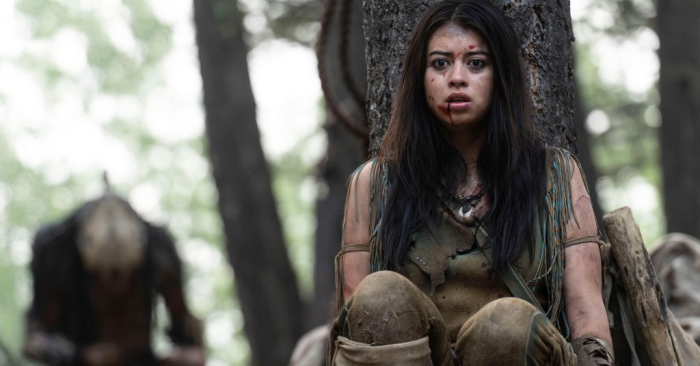 1987’s “Predator” is an action cinema classic, merging worlds of violent excess and sci-fi cinema into a tightly constructed ride of survival, dripping with testosterone. Producers have attempted to match it for over 30 years, and while a few follow-ups have been fine, the original Schwarzenegger-ian magic hasn’t been recaptured. That was supposed to change with 2018’s “The Predator,” but the big-budget reworking was a major creative whiff, failing to restore excitement and surprise to the franchise, almost coming close to killing the brand name with its ineptitude. Four years later, and now there’s “Prey,” which is a prequel to “Predator,” with screenwriter Patrick Aison taking the adventure back to 1719, introducing Native American characters as targets for an alien hunter that refuses to back down from a fight. “Prey” has the novelty of its setting, which is a refreshing change of pace, and director Dan Trachtenberg (“10 Cloverfield Lane”) oversees some effective suspense sequences. It’s not an especially different take on the central human vs. hunter concept, but it’s definitely an improvement over “The Predator.” Read the rest at Blu-ray.com