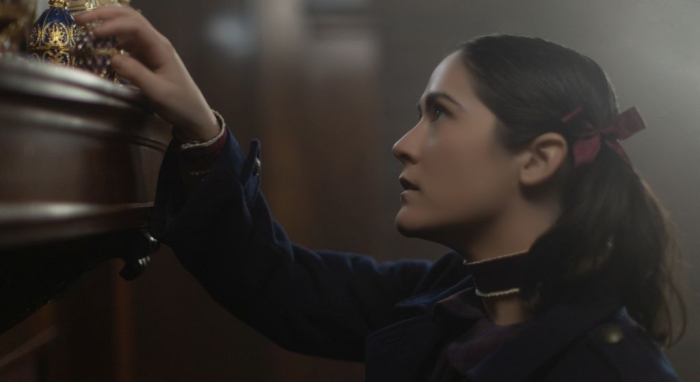 The math on “Orphan: First Kill” is a little odd. The original feature was released in 2009, with star Isabelle Fuhrman a child actress hired to play a nine-year-old girl with a taste for murder who was actually a 33-year-old proportional dwarf. Now there’s a prequel, with Fuhrman a 25-year-old woman tasked with playing a vicious nine-year-old again 13 years later. Other productions would’ve recast the role, but the producers are determined to work with the star again, cooking up a prequel which tests the limits of digital de-aging, returning tiny threat Esther to power in a picture that weirdly took an eternity to become a reality. Patience is rewarded, to a certain degree, by “First Kill,” which has a better handle on the absolutely ridiculous premise of “Orphan,” striving to come up with its own level of absurdity to top what’s come before, wisely dialing down some of the distasteful aspects of the 2009 endeavor to nail a more enjoyable B-movie ride. Read the rest at Blu-ray.com