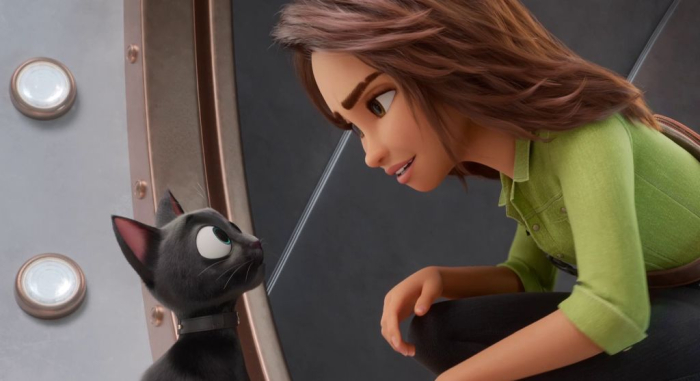 Skydance Animation is the latest company created to get in on the profitable ways of family entertainment. Their debut feature is “Luck,” and the company hopes to acquire some of the good stuff with the hiring of John Lassiter, the once mighty Pixar Animation honcho who left the company for controversial reasons. Lassiter is here to help secure a hit for the studio, with the man who helped develop “Cars” and “Toy Story” staying strictly within his comfort level with “Luck,” which takes zero creative chances during its run time. It’s also one of the most exposition-packed animated pictures in recent memory, with director Peggy Holmes (“The Little Mermaid: Ariel’s Beginning”) desperately overseeing an often absurdly elaborate exercise in world building that’s meant to be explored in additional media, should the initial outing reach its audience. Such an outcome seems unlikely, leaving viewers with the burden of keeping up with the laborious screenplay, which is mostly tell and very little show. Read the rest at Blu-ray.com