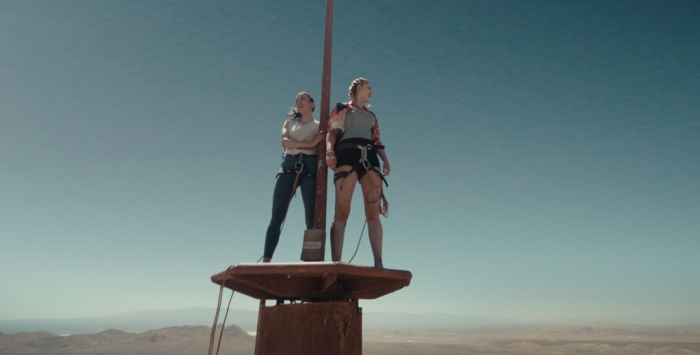 “Fall” is an exploitation movie that has a deep desire to be taken seriously as an offering of drama and suspense. Co-writers Jonathan Frank and Scott Mann (who also directs) come up with a decent exercise in thriller cinema, sending two twentysomething women up a T.V. tower for a social media adventure, soon stranding the pair on top of the rusted structure, leaving them to deal with all sorts of challenges to their safety. It’s a simple recipe for cheap thrills, but those expecting a cool 75-minute-long ride of danger and disaster are instead offered 107 minutes of iffy screenwriting choices and melodrama. There’s not nearly enough tension to support the limited scope of “Fall,” which sets up a dire situation of endurance in an unusual location, but doesn’t have a large enough imagination to really bring it to life, content to slog through banal interpersonal issues and predictable near misses. Read the rest at Blu-ray.com