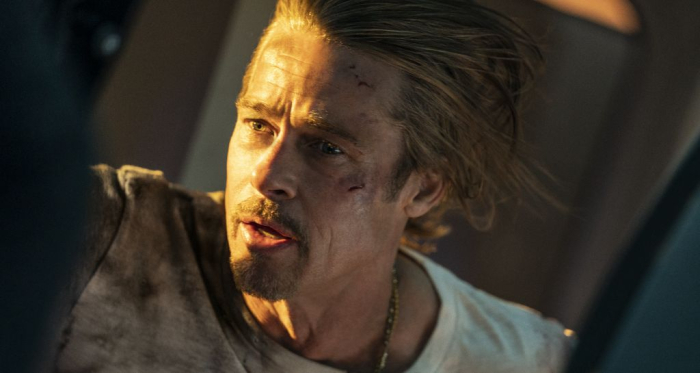 Director David Leitch has built a career out of hardcore action movies, dealing directly with elaborate choreography and bloody messes in films such as “Atomic Blonde,” “Fast & Furious Presents: Hobbs & Shaw,” and his biggest hit, 2018’s “Deadpool 2.” For “Bullet Train,” Leitch isn’t interested in taking any creative detours with this adaptation of a Japanese novel, preferring to Americanize the material with plenty of bruising, slicing, and blunt force trauma, recycling the “Deadpool” formula of irreverent comedy and hard-R brutality, as the features are basically the same, even down to the actors involved. However, “Deadpool 2” had a defined sense of humor and some interesting ways with action. “Bullet Train” is a graceless, unfunny endeavor that’s hell-bent on being the most aggressive picture of the year. Leitch puts his faith in the “more is more” way of thinking, content to bash viewers over the head with the cartoonish ways of the material, trying to sell a joke that doesn’t have a punchline. Read the rest at Blu-ray.com