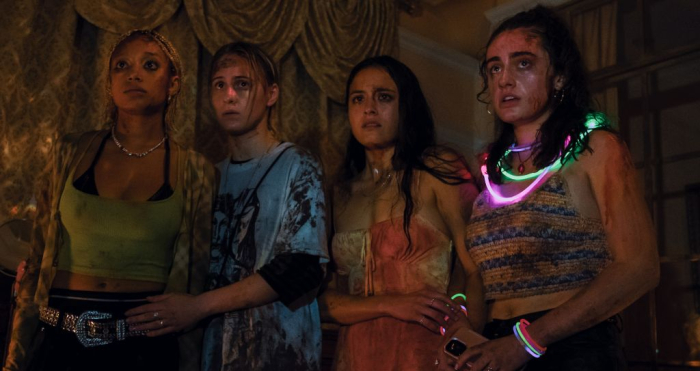 It’s important to note that “Bodies Bodies Bodies” is not a slasher film, as marketing efforts have been selling the endeavor. It’s more of a murder mystery in the vein of Agatha Christie, only with a defined emphasis on the concerns and cacophony of Gen Z characters. The screenplay by Sarah DeLappe doesn’t try to reinvent the wheel when it comes to the particulars of a whodunit, instead aiming to capture the strain of relationships and the power of secrets while corpses pile up. “Bodies Bodies Bodies” has its entertainment value, and the cast is energized, ready to go where director Halina Reijn leads with this gradual descent into accusations and paranoia. It’s not an especially intriguing look at a community meltdown, but the movie offers a few electric moments, and DeLappe mostly sticks the landing, which isn’t easy in this subgenre. Read the rest at Blu-ray.com