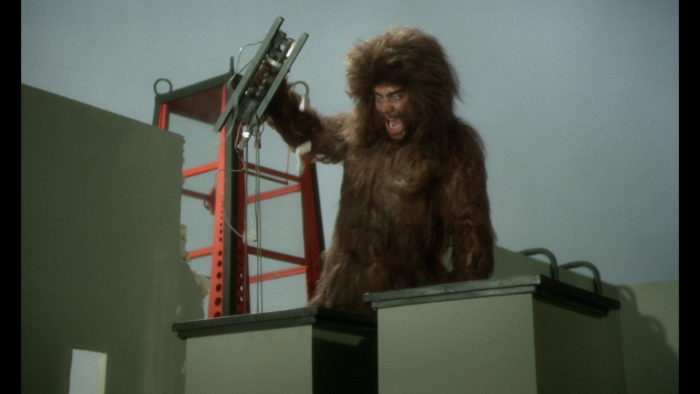 Dino De Laurentiis actually did it. The famous producer hyped the stuffing out of his 1976 remake of "King Kong," making sure audiences everywhere knew the film was coming and it was going to be an event. He worked his publicity magic to the extreme, managing to turn the feature into a major hit – number four on the list of top-grossing movies of the year (sandwiched between "Silver Streak" and "A Star is Born"). De Laurentiis willed his production into tremendous profitability, and when there's money to be made, knockoffs aren't far behind. 1977's "Yeti: Giant of the 20th Century" is one of many cranked out during the late 1970s, with the Italian endeavor hoping to inspire their own "King Kong" energy with the tale of a recently thawed Yeti who can't handle the pressures of modern life, with his soul soothed by the beauty of a young woman. De Laurentiis had a top shelf cast and agreeable special effects, while "Yeti" frequently struggles with crude technical achievements and an overall lack of property destruction, concentrating on heart instead of horror, which makes this howler all the more ridiculous. Read the rest at Blu-ray.com