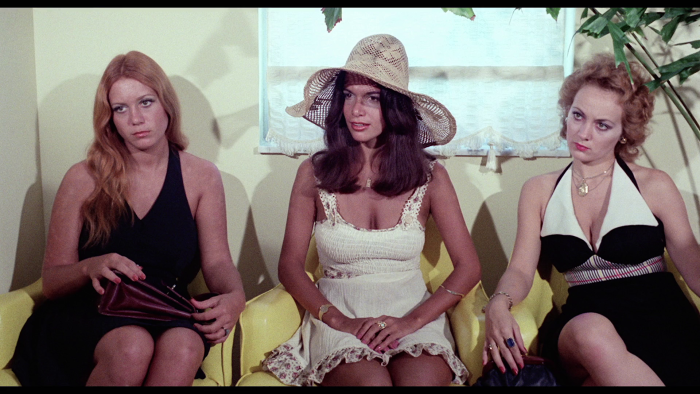 Director Doris Wishman had a dream, and after the death of her husband in 1958, she decided to pursue a career in filmmaking, focusing on sexploitation entertainment, hoping to reach an audience with lusty tales of revenge and love. 1975's "The Immoral Three" is part of her colorful oeuvre, acting a sequel to "Double Agent 73," though star Chesty Morgan didn't return for additional spy games. How does one replace such an unforgettable screen presence? By hiring three actresses to take care of nudity requirements, which is meant to make up for Morgan's noticeable absence. Wishman remains committed to a tale of men vs. women with "The Immoral Three," offering bloody violence and acts of savage male behavior, trying to pick up where "Double Agent 73" left off, also working to up her technical game with a bright, more camera-aware endeavor that doesn't live up to its potential, but offers decent Wishman-branded fun for those patient enough to find it. Read the rest at Blu-ray.com