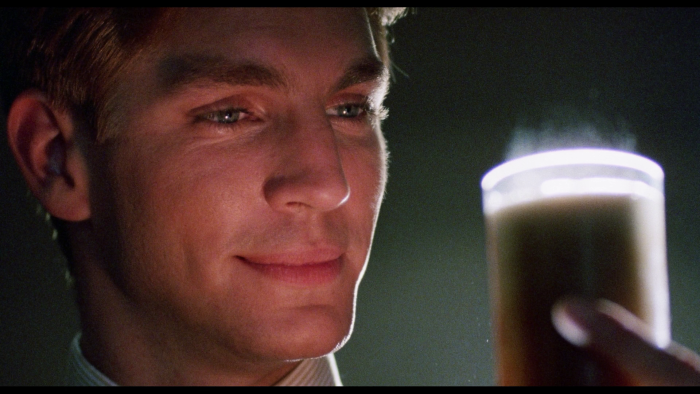 After making a name for himself with artier endeavors in the 1960s and '70s, director Dusan Makavejev aimed to establish a career for himself in the 1980s, settling down with slightly more accessible fare, including the 1981 dark comedy, "Montenegro." 1985's "The Coca-Cola Kid" was the second of Makavejev's offerings in the decade, presenting the helmer with more defined steps toward a mainstream hit, dealing with known actors and the exotic, idiosyncratic ways of Australia, which provides the picture with a special energy during a time of growing trendiness. "The Coca-Cola Kid" is based on short stories written by Frank Moorehouse (who also provides the screenplay), and the picture retains such narrative limitations, putting Makavejev in charge of conjuring a sense of playfulness for the movie while it struggles with a general disinterest in storytelling authority. Amusing interactions and a pleasing sense of location is in play here, keeping the effort buoyant enough to pass, and Makavejev retains much of his visual and tonal impishness, trying to twist the feature into something odd when the plot threatens to keep the whole thing a conventional fish-out-of-water study, with slight romantic comedy additions. Read the rest at Blu-ray.com