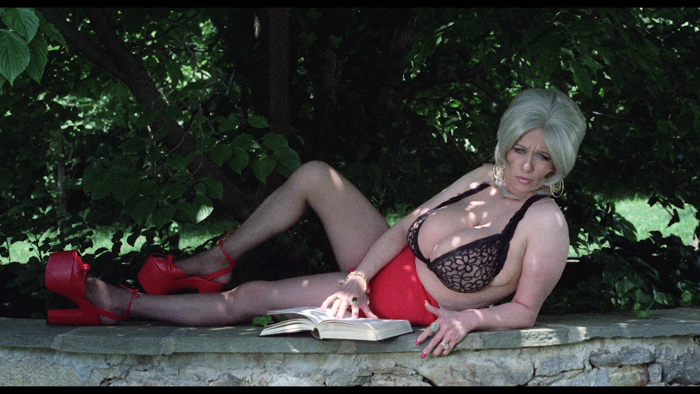 Director Doris Wishman had a dream, and after the death of her husband in 1958, she decided to pursue a career in filmmaking, focusing on sexploitation entertainment, hoping to reach an audience with lusty tales of revenge and love. 1974's "Double Agent 73" is part of her colorful oeuvre, reuniting with "Deadly Weapons" star Chesty Morgan for another tale of danger and desire, this time endeavoring to offer audiences a slight spin on the superspy subgenre, positioning the unmissable star as a 007-type trying to bring down bad guys using many forms of self-defense and assassination attempts that involve a large bosom. Wishman's a bit more ambitious with "Double Agent 73," trying to expand on earlier experimentation with action and suspense, and she lands some decent scenes of low-budget fury. The helmer doesn't provide a sustained level of excitement, but the effort has some memorable moments and genuine craziness to make it an entertaining sit. Read the rest at Blu-ray.com