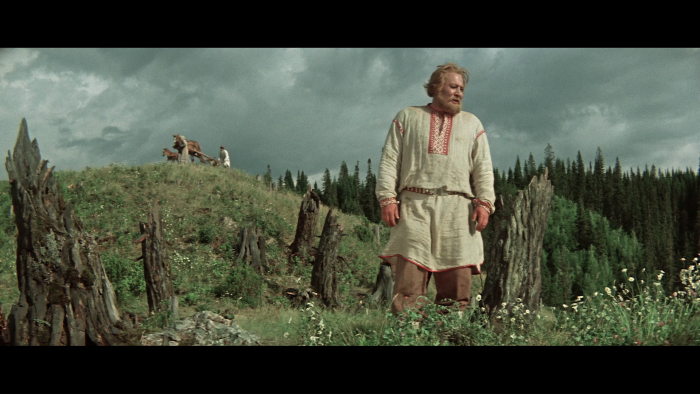 1956's "Ilya Muromets" was intended to be a major moviegoing event for Russian audiences, with director Aleksandr Ptushko throwing everything he had into the creation of the Cinemascope epic, which is inspired by "Russian heroic folk tales." The feature wasn't welcomed with open arms in America, soon recut and retitled by Roger Corman (presenting the more eye-catching "The Sword and the Dragon"), who aimed to transform the endeavor into a matinee distraction. And a copy of the picture eventually found its way to the "Mystery Science Theater 3000" gang, who riffed the re- edit in a particularly amusing 1994 episode of the show. "Ilya Muromets" has now returned, restored by Mosfilm, who hope to present the effort the way it was originally seen by Russian viewers, reinforcing the amazing scope of the feature as Ptushko's imagination is celebrated throughout the viewing experience, with the helmer striving to bring fantasy to life. Read the rest at Blu-ray.com