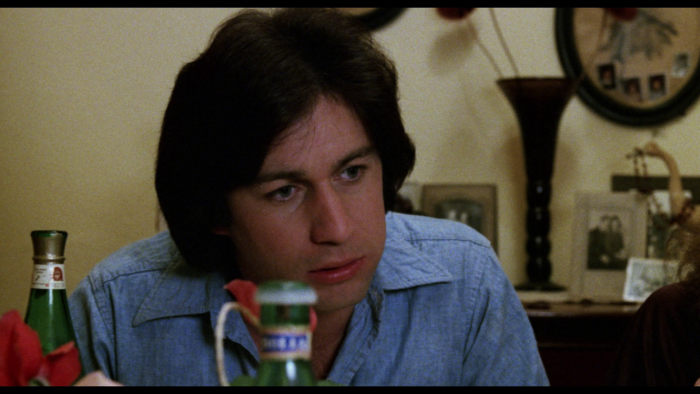 In the late 1970s, there was no bigger name than John Travolta. He successfully transitioned from a successful television show to big screen glory, scoring back-to-back hits with "Saturday Night Fever" and "Grease," making him one of the most famous faces in Hollywood. John Travolta became a brand, an icon, and a superstar, but this is not the Travolta that appears in 1979's "Sunnyside." The producers couldn't tempt John Travolta into appearing in the low-budget gang picture, so they went the exploitation route, hiring his older brother, Joey, to make his acting debut in the movie, emphasizing similar looks and voices while selling a new Travolta to ticket-buyers hungry for the surname. The scheme didn't work for obvious reasons, but not helping the cause is the general meandering nature of "Sunnyside," which hopes to be a tragic understanding of a life handed over to the never-ending cycle of street violence, but mostly remains an airless, deathly dull viewing experience in need of sharper dramatic points and, well, a seasoned lead actor, preferably not named Travolta. Read the rest at Blu-ray.com