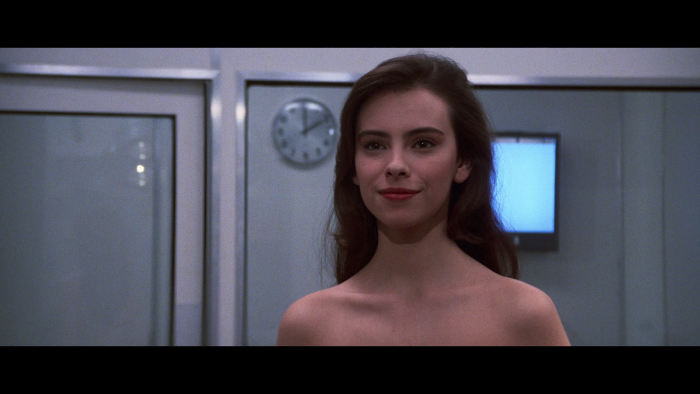 The question of who really directed 1982's "Poltergeist" remains an active mystery to this day. Tobe Hooper is the credited helmer, and some cast members have reinforced his leadership role during filming. Other production members have suggested co-writer/producer Steven Spielberg was the true creative guiding force, with Hooper more of an employee than a visionary. Perhaps the truth behind this strange collaboration will never be revealed, but "Poltergeist" was a crackerjack horror picture that employed tremendous style and furious surges of mayhem to help update a traditional haunted house tale. It was also a massive box office hit, giving Hooper a chance to become an in-demand director, with 1985's "Lifeforce" his follow- up project, and it's nowhere near the quality of the previous feature. Hooper takes full command of another genre endeavor, joined by co-writer Dan O'Bannon ("Alien"), and while he's offered a large budget and creative control from Cannon Films (trying to craft their first summer blockbuster), the director just doesn't get this extremely oddball movie off the ground. "Lifeforce" is an adaptation of a 1976 Colin Wilson novel, challenging the production to deal with the demands of literary storytelling and the potential of a sci-fi extravaganza. The project comes up short in many ways, often so excited to simply present the image of a nude female on the move, it neglects to build a rich sense of menace and intrigue when dealing with the enigmatic plans of space vampires and their attack on Earth. Read the rest at Blu-ray.com