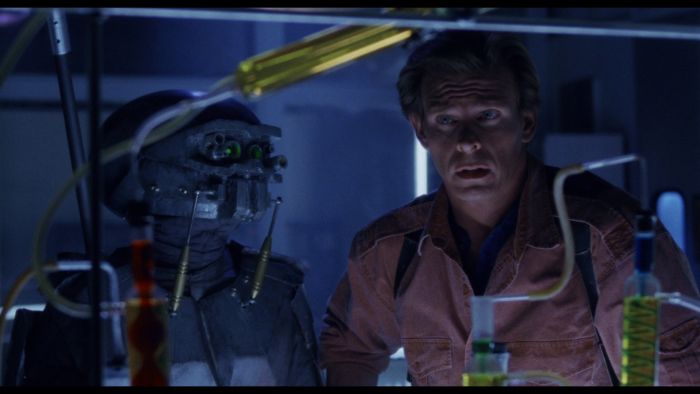 Roger Corman is known for recycling anything he can to keep producing genre entertainment for a cult audience, and he does it again with 1991's "Dead Space," which is a remake of 1982's "Forbidden World." Characters have been slightly reworked, but the plots are basically the same, following a man of action as he goes up against a mutated monster in the middle of nowhere. Of course, such a setting allows Corman to keep the effort as low budget as possible, tasking director Fred Gallo ("Dracula Rising") to figure out ways to make tight hallways, labs, and living spaces interesting for 75 minutes of screen time. It's a challenge Gallo can't conquer, as most of "Dead Space" is repetitive and silly, but he has a committed lead performance from Marc Singer to help keep the endeavor somewhat palatable, with the actor trying to make extended nothingness look exciting. Read the rest at Blu-ray.com