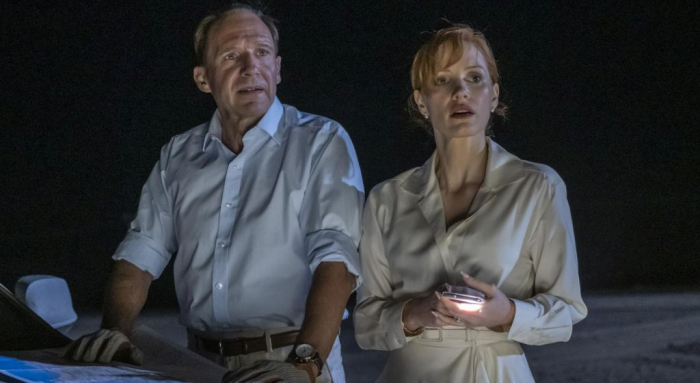 John Michael McDonagh’s last feature was 2016’s “War on Everyone,” where he attempted to mount a darkly comedic understanding of American life and action movies. The experiment wasn’t creatively satisfying, getting lost in its own quirk, distancing the writer/director from his earlier successes with “The Guard” and “Calvary.” “The Forgiven” inches McDonagh back to his potential, put in charge of an adaptation of a 2012 Lawrence Osborne novel, and one with some sting to it, detailing the experiences of an elite western couple causing major problems in Morocco, dealing with the aftermath in their own uniquely acidic ways. “The Forgiven” finds McDonagh in a very deliberate mood, which is a necessary approach to a story that’s primarily about the experiences of characters gaining some clarity with the darkest of inspiration. McDonagh slows the pace of the endeavor, which doesn’t always help to build tension, but he’s after a specific tone with the picture, and mostly achieves it, maintaining surprises and defined personalities on this strange journey of guilt. Read the rest at Blu-ray.com