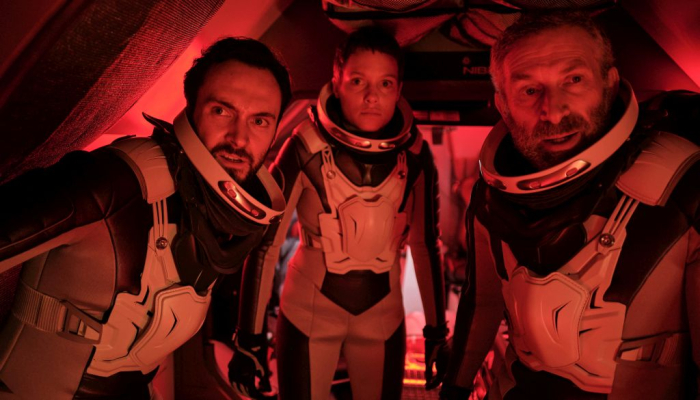 “Rubikon” resembles a literary offering of sci-fi, striving to tackle big ideas on environmental ruin and corporate rule while staying true to character, exploring personalities in full. Co-writer/director Magdalena Lauritsch (making her debut as a feature-length filmmaker) has an idea of what she wants to accomplish with the picture, asking viewers to spend time in the tight confines of a space station while the characters deal with extreme mental and physical hardships as they manage a developing disaster. It initially seems like the stuff of riveting cinema, but “Rubikon” doesn’t have that type of dynamic appeal. It’s a small movie about interpersonal conflicts, and while the production provides accomplished visuals and capable performances, Lauritsch keeps her endeavor crawling along, with tension limited to just a handful of moments, while the rest of the effort sticks with static sequences, limiting the inherent suspense of the central plot. Read the rest at Blu-ray.com