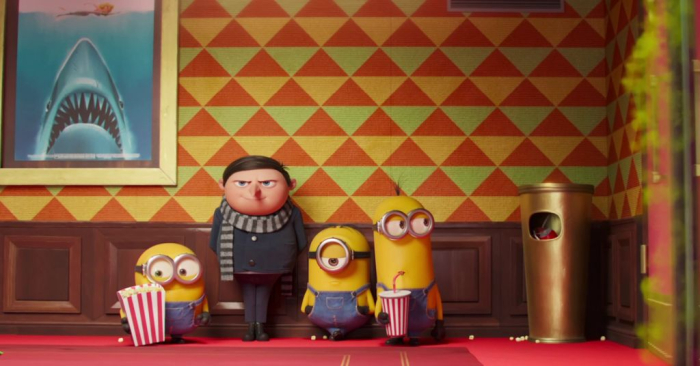 The Minions were a supporting act in 2010’s “Despicable Me,” invented to add some wacky energy to the picture, filling all slapstick requirements while the plot was dedicated to a more heartening story of parenthood featuring supervillain Gru. After the release of the film, Minions became all the rage, dominating “Despicable Me” sequels and fitted for their own starring roles in 2015’s “Minions,” which is the highest-grossing installment of the franchise. Perhaps the Minions don’t even need Gru anymore. Illumination apparently disagrees, reuniting most of the family for the prequel “Minions: The Rise of Gru,” which moves the mayhem up to the 1970s but maintains the formula of dastardly deeds and chaotic cartoon visuals, with the fifth installment of the “Despicable Me” series playing it safe to entertain family audiences. It’s fun, periodically funny, but the production takes few risks with this endeavor, which could use a freshening of material at this point. Read the rest at Blu-ray.com