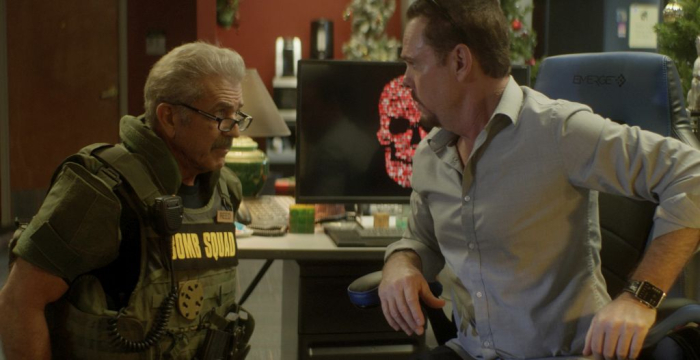 An ex-hacker is trapped inside an office that’s wired with explosives, forced to do the bidding of a secret villain while time ticks down to his own death. It’s a simple idea for a thriller, and we’ve been here before, with many filmmakers trying to create tension while working with a single location. “Hot Seat” joins efforts such as “Phone Booth” and “Speed,” but this isn’t a polished, big-budget feature. It’s the latest offering from churn-em-out producers Randall Emmett and George Furla, who don’t have the resources to deal with the particulars of moviemaking. “Hot Seat” is a B-movie with potential, but it doesn’t possess the creative drive to make an inspired mess of things. Director James Cullen Bressack (who commanded two of 2021’s worst pictures in “Fortress” and “Survive the Game”) continues his VOD adventure with this high concept endeavor, which lacks excitement and surprise, weirdly ignoring the insanity of the central premise. Read the rest at Blu-ray.com