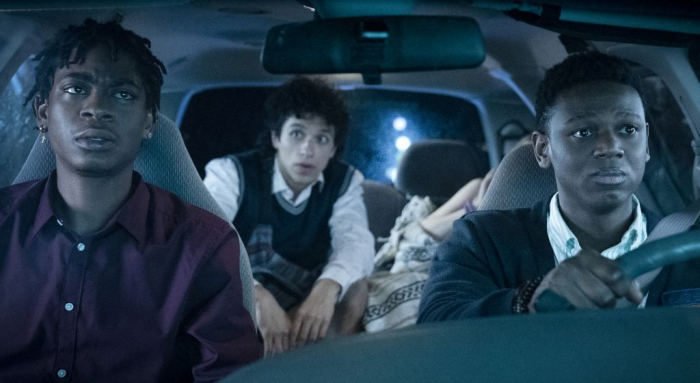 “Emergency” began life as a 2018 short, which attracted attention to writer K.D. Davila and director Carey Williams, who decided to expand the premise of a dangerous discovery made by three vulnerable college students into a feature film. The strain of such a move is evident while watching the movie, as Davila has her central idea about possible exposure to lethal force when young black men deal with the police, struggling to come up with an extra 90 minutes of material to support the expansion. “Emergency” isn’t a potent comedy, often fumbling through scenes of playful engagement before a crisis kicks in, and Williams struggles to find a level of interplay with his characters, as most of the endeavor involves people arguing, which isn’t all that interesting to watch. There’s periodic thematic clarity worth waiting for, but Davila and Williams show little command of comedic and dramatic escalation, keeping the effort at arm’s length from enlightenment. Read the rest at Blu-ray.com