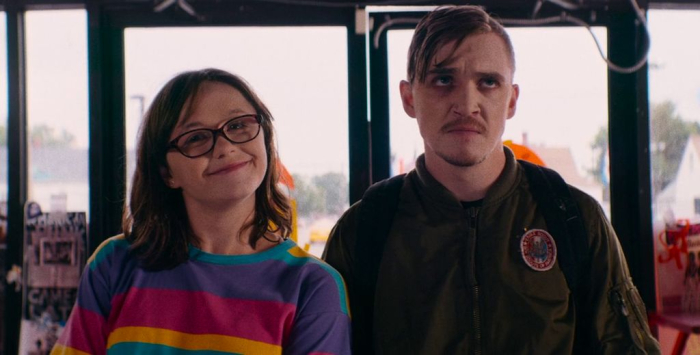 “Dinner in America” premiered at the 2020 Sundance Film Festival, where it received mostly positive reviews and viewer appreciation. It’s now ready for release over two years after its first screening, and it’s easy to see why a distributor would have some reluctance to launch the feature, which isn’t an audience-pleasing type of movie. Writer/director Adam Carter Rehmeier is attempting to create a character study about unlikable people going through stressful times, and such a venture requires a fine touch when it comes to comedy and heart. “Dinner in America” uses a sledgehammer to bang out some type of tone, which results in a confusing endeavor where nothing is really amusing and personalities are mostly uninteresting. A few performances bring some life to the effort, but the picture plays like a private joke for Rehmeier, who’s not pursuing a story here, just an extended run of idiosyncrasy. Read the rest at Blu-ray.com