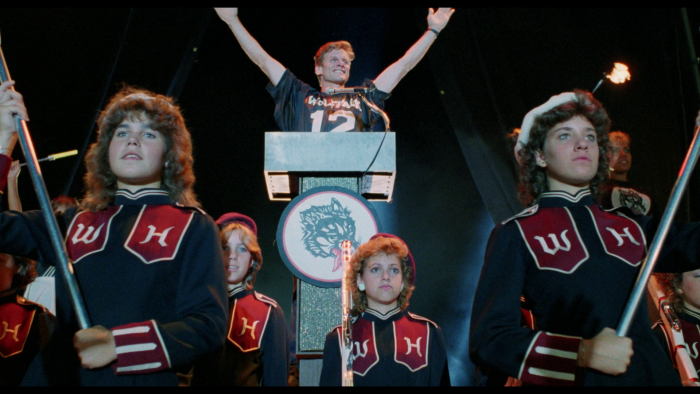 "Wolfpack" is from 1987, but it definitely plays much more interestingly in 2022. Screenwriters Fred E. Sharkey and William Milling (who also directs) use drama at a New Jersey high school to explore the rituals and dangers of fascism, where lessons from Nazi Germany are being utilized by the football team to generate a form of control over the student body and staff. It's analysis of power that's eerily reminiscent of the world we live in today, with the writing using the trials of adolescence to detail the ways of the Big Lie, highlighting the ease of its return and the influence it carries. "Wolfpack" is a teen movie that's quite different from the competition, and while it still deals with the ways of love and acceptance, Sharkey and Milling attempt to subvert subgenre expectations, providing a slightly more muscular intellectual exercise. The production hopes to hit impressionable minds with the work, providing a look at the ease of influence and submission when the seductive ways of deception take command of the masses. Read the rest at Blu-ray.com