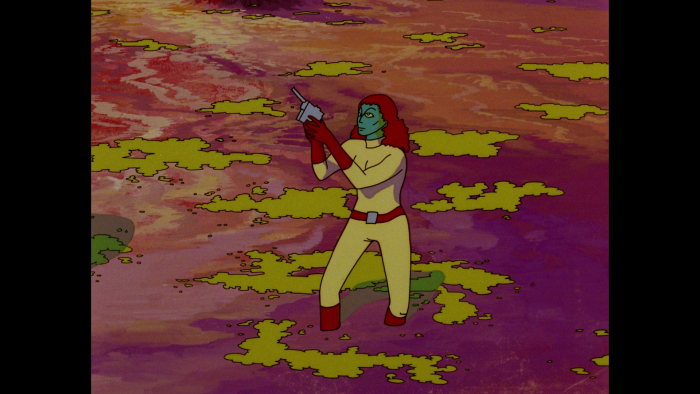 1984's "Delta Space Mission" is a Romanian animated film that attempts to rework elements of "Star Trek" for a young audience. It's more in line with classic Saturday morning television programming, offering a deep space adventure with a cast of heroes as they encounter a series of alien and A.I. entanglements, forced to fight their way out of dangerous situations. It's an episodic feature, beginning in the middle of chaos like a matinee serial, but it's immense fun to watch, especially when the production gets a little ambitious with its style, playing with movement and angles to spice up an offering of cartoon escapism with a super space team. Read the rest at Blu-ray.com