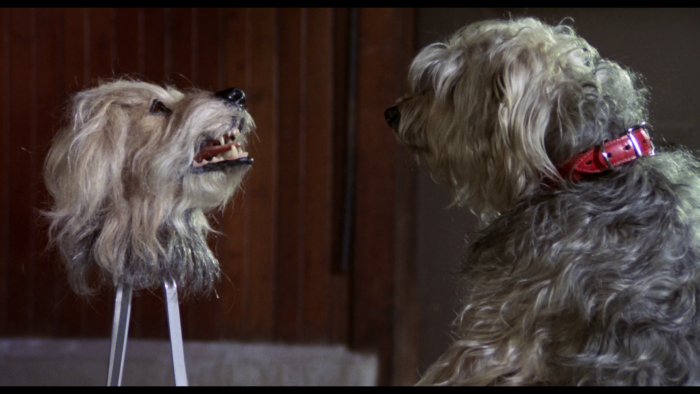 There was something about the 1970s and movies interested in exploring the canine experience. Dogs were involved in robbing banks, saving families, and, apparently, becoming high-tech robots meant to dominate the home security industry. 1979's "C.H.O.M.P.S." endeavors to take the cute and cuddly ways of a pet and turn it into a slapstick comedy with some action beats. It's one of the few ventures into live-action filmmaking from animation titans Hanna-Barbera (coming off their work on "Kiss Meets the Phantom of the Park"), who retain their cartoon instincts for the feature, which is directly aimed at 5-year-olds in need of aggressive music cues and broad antics to understand the entertainment value of the picture. "C.H.O.M.P.S." isn't made for adults, but it's not exactly a shining example of family entertainment, as the simplistic screenplay and unrelenting goofiness of the supporting cast wears thin in a hurry, even for the target demographic. Read the rest at Blu-ray.com