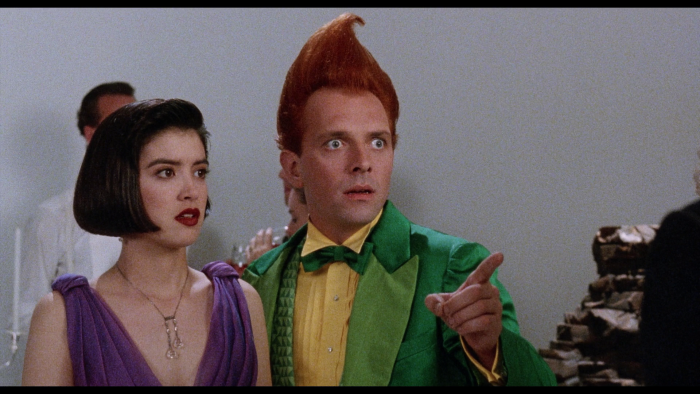 I saw "Drop Dead Fred" in 1991, and I didn't care for it. I revisited the feature in 2011 for an anniversary piece, and I didn't care for it. However, over the last decade, the film has evolved from a forgettable, incorrectly marketed comedy into something that means quite a bit to certain viewers. "Drop Dead Fred" has become a cult favorite, though not for its sense of humor, instead managing to reach people who view the endeavor as a subversive study of psychology, using wacky jokes and manic spirit to provide a thin layer of merriment over a profoundly dark tale of mental illness. It's definitely one way to read the picture, as bits and pieces of such analysis are present in the final cut. It's the rest of the effort that's remains abrasive and unfunny, with the production betting big on co-star Rik Mayall's big screen appeal, which is mostly missing from the endeavor. Third time should be the charm, but I still don't care for it. Read the rest at Blu-ray.com