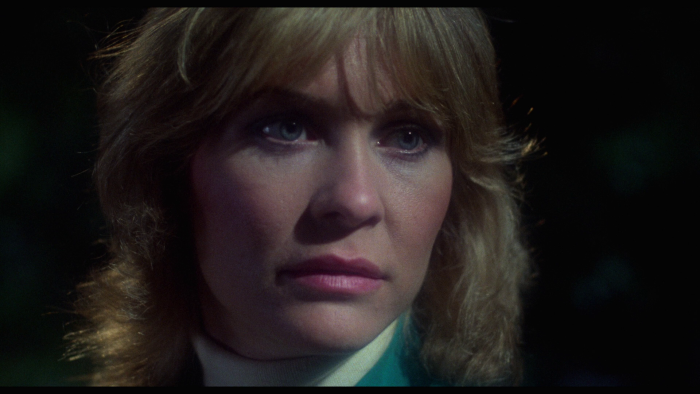 After experiencing a breakthrough success with 1978's "Piranha," director Joe Dante remain committed to genre entertainment, determined to resurrect werewolf cinema with 1981's "The Howling," which joined "Wolfen" and "An American Werewolf in London" during a particularly busy year for wolf-based entertainment. Dante plays to his strengths in the feature, which gathers a colorful cast of B-movie regulars to articulate the dangers of a monstrous threat, but the picture isn't explosive, with the screenplay by Dante and John Sayles aiming for a more deliberate tone of character and threat exploration, looking to milk the mystery of it all instead of simply pounding on viewers with violence. "The Howling" is superbly atmospheric at times, and it's hard to beat such a bizarre collection of actors, but this isn't Dante's most energized offering, finding the story lacking in dramatic power, which doesn't help the sluggish pace. Ghoulish highlights are present, but horror is limited as the production tries to figure out what kind of tale it wants to tell. Read the rest at Blu-ray.com