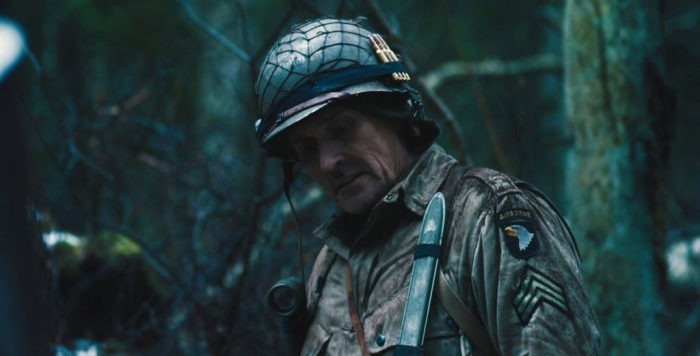 Co-writer/director Mauro Borrelli attempts to blend genre elements concerning witchcraft with meaty World War II action in “WarHunt.” The approach appears to mimic the pages of a graphic novel, where the real and unreal are permitted to coexist, as Borrelli introduces some macabre additions to boost the men-on-a-mission formula, giving the production a few surges of compelling violence. While the film deals with various versions of evil, both political and mythical, the real enemy to “WarHunt” is its limited budget, which prevents Borrelli from really indulging the extremes of the story, or offer the viewer more than basic forest locations, mixed with a few sets. The endeavor isn’t a washout, just hobbled by a lack of funds, keeping drama and action somewhat stagnant when this feels like a premise capable of absolutely rampaging with more generous financing. Read the rest at Blu-ray.com