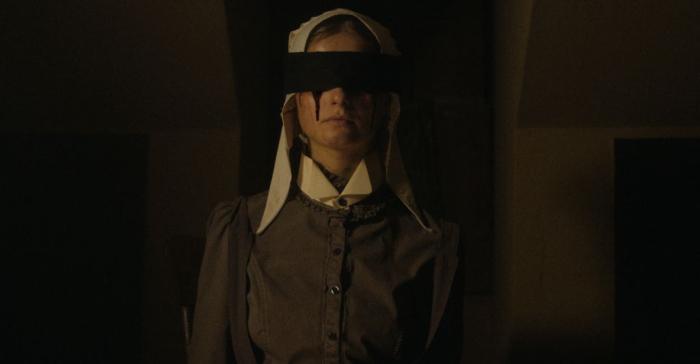 “The Last Thing Mary Saw” has unfortunate timing. There’s clearly a drive to create an atmospheric film about religious oppression and supernatural events, with first-time moviemaker Edoardo Vitaletti putting primary emphasis on the slow creep of doom. He works with a small budget and limited lighting to arrange a creep-out capable of reaching its intended audience, offering small bites of horror for the most patient viewers. Vitaletti has good intentions, but he’s a little behind the curve with “The Last Thing Mary Saw,” beaten to the punch by dozens of similar endeavors that share the same tone and imagination for screen tension. Not helping the cause is the effort’s glacial pacing, which is meant to conjure a special sense of agitation, but doesn’t get the feature where it needs to be in terms of unease, keeping the picture in neutral as horrible things happen to characters, and it’s difficult to work up the interest in their punishment. Read the rest at Blu-ray.com