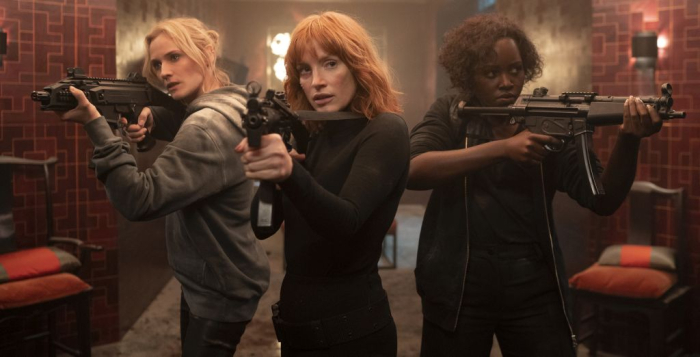 With the return of James Bond and the ongoing “Mission: Impossible” series, there’s tough competition out there in the superspy genre. “The 355” intends to launch a new series focusing on a team of opposites learning to work with one another to achieve success while trying to prevent the end of the world, and it collects some of the finest actresses in the industry to do so, presenting a more dignified air while the screenplay assembles various missions for the characters. The material isn’t quite as advanced as one would hope with this kind of thespian talent, but “The 355” remains an entertaining actioner with a few effective scenes of conflict and pursuit. Director Simon Kinberg (the woeful “Dark Phoenix”) tries to maintain a global experience for the production, and he manages the speed of the effort well. Those used to more complex espionage puzzles might feel a bit disappointed with the writing, but the performances, and their commitment to the story, keep the production on the move. Read the rest at Blu-ray.com