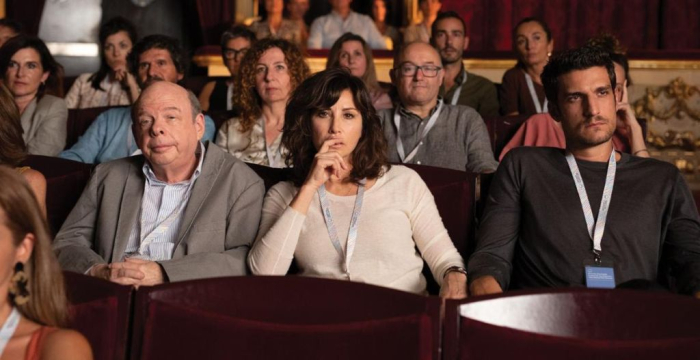 For his 49th and likely final feature film, writer/director Woody Allen pays tribute to the movies that moved him with “Rifkin’s Festival.” It’s a typical offering of neuroses from the helmer, who takes his act to the San Sebastian Film Festival, creating a tale of lust, marriage, and cinema while taking in the sights of the event and surrounding Spanish experiences. Allen doesn’t push too hard with the picture, delivering the basics of wit and style, with the cast asked to do most of the heavy lifting as the threadbare story wanders around the run time. There are no laughs in “Rifkin’s Festival,” not even a chuckle, but Allen’s attention to the travelogue aspects of the production are appealing, offering a tourism video for Spain and its inherent beauty, also working in a few digs at the underwhelming nature of modern day film festivals. Read the rest at Blu-ray.com